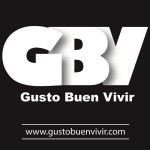 For six months of the year, renowned Spanish chef Ferran Adrià closes   his restaurant El Bulli and works with his culinary team to prepare  the  menu for the next season. An elegant, detailed study of food as   avant-garde art, EL BULLI: COOKING IN PROGRESS is a tasty peek at some   of the world’s most innovative and exciting cooking; as Adrià himself   puts it, “the more bewilderment, the better!”

“CRITICS’  PICK! Fans of shows like Top Chef are well advised to  check out this  fascinating and artful look at the meticulous  research-and-development  process for the experimental dishes at El  Bulli, where every unique dish  came with plentiful bragging rights.”

– Charlotte Druckman, The Wall Street Journal “For a foodie, the new film about Spain’s renowned El Bulli restaurant   is a bit like an Angelina Jolie movie for a teenage boy… Food lovers   can now salivate via celluloid.

There are some unintentionally very funny moments, like when two   chefs go to the local market and ask for five single grapes for their   testing – and three beans” – Jocelyn Noveck, Associated Press “By now there have been so many documentaries about restaurants that   they form a film genre… But here now is El Bulli, which in some ways   transcends them all, and poignantly serves as a memorial.”

If you already received a ticket number, please enter it here to download the film.