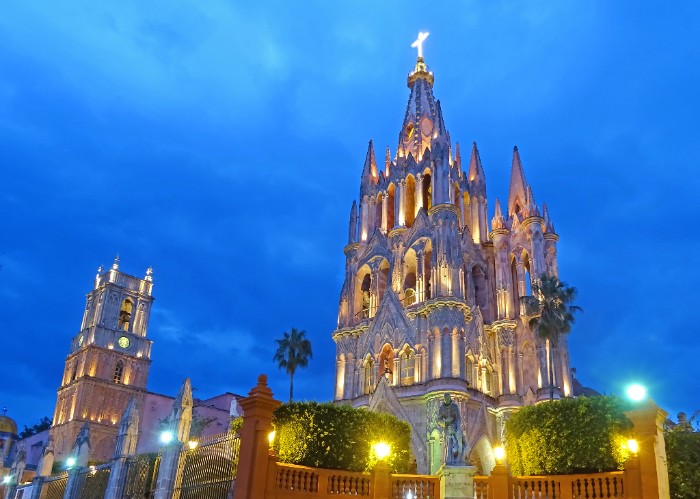 New York, NY.- San Miguel de Allende, Mexico’s colonial-era “it” destination, has reaffirmed its place as one of the favorite spots worldwide of readers of Condé Nast Traveler magazine, as it ranked number one in two categories of the publication’s Readers’ Choice Awards, taking home the titles of both top small city outside the U.S. and friendliest city in the world for 2017. Award winners were announced today by the magazine’s editorial team.

Located in the Bajio region of Mexico, in the state of Guanajuato, San Miguel de Allende has long reigned as a traveler favorite thanks to its colonial architecture, year-round spring-like climate, colorful cultural celebrations, renowned gastronomy and romantic setting. In recent years, the town has become an important tourist center not only for Mexico but for the world.

The town has a mystical quality. Its picturesque cobblestone streets and Spanish colonial architecture — combined with age-old traditions both religious and secular, a spectacular natural setting and the vibrant Mexican culture — are enhanced by the embrace of all its many facets by a diverse, melting-pot population comprised of both friendly locals and hundreds of expats, representing 63 nationalities, who have made San Miguel de Allende their home.

San Miguel de Allende is currently preparing for a number of holidays. From Halloween and the Day of the Dead and to Thanksgiving, Hanukah and Christmas, visitors to the city will find themselves in surreal celebrations that combine colonial-era partying with contemporary artistry.

“We are honored and humbled by our city’s ranking in Condé Nast Readers’ Choice Awards,” said Guillermo Gonzalez, director of the San Miguel de Allende Tourism Board. “It is the bow the ties in all the work the residents of our city do while our visitors are in town and all the efforts carried out by the board. The Friendliest City award is particularly special to us because it rewards our hospitality.”